Showing posts from February, 2021
Show All

February 2020 updates from projects in Namibia 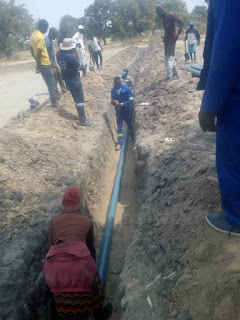 Helao Nafidi:  Incremental development to cater for everyone-from informal settlement upgrading to green fields.  Hans Shifeni from 17 th Location in Nelao Nafidi s hared that 17 th location is looking so beautiful with  open streets. We have done the servicing of the water.  We relocated other people to other land with street and they have water and they started to apply for water meters. We are busy planning greenfields for the plots that are in the water.  I also live in a Greenfields plot and we already built our houses.  We are busy to mobilize the groups that are willing to build their houses. Now the people of 17 location can build,  they could not build houses before but first had to upgrade.  They like the houses we built and want also to start building.  We built 49 houses in Helao Nafidi. We built 9 houses last years - and the previous year 30 and the year before 10. Five Water meters connected at Usab Informal Settlement in Karibib.       For NHAG and SDFN this is an
Post a Comment
Read more 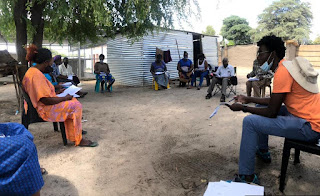 Bukalo Profiling Profiling of informal settlements aims at collecting socio-economic formation and spatial data for informal areas in urban areas whether City, Town or village. Recently The SDFN/NHAG embarked on profiling activities in Bukalo. Meetings were held with the Bukalo Village Council to introduce the SDFN/NHAG upgrading approach to new councilors and also identify any informal settlements to be profiled. In Bukalo, there are no informal settlements however, within the town boundaries is an area under the control and administration of the Traditional Authority. The village council only supplies basic services to the area such as water. This area is not planned and people settle there as per allocation by the traditional authority. A Community Land Information Program Team was established and trained to do the profiling of the settlements. This activity is currently ongoing and once completed, feedback will be presented to the Village Council, Traditional Authority and Co
Post a Comment
Read more

Strategies in Namibia to support community participation in Informal Settlement Upgrading. Lessons on collaboration and scale were learned in Otjiwarongo where the Private Sector supported the community to prevent massive relocations. 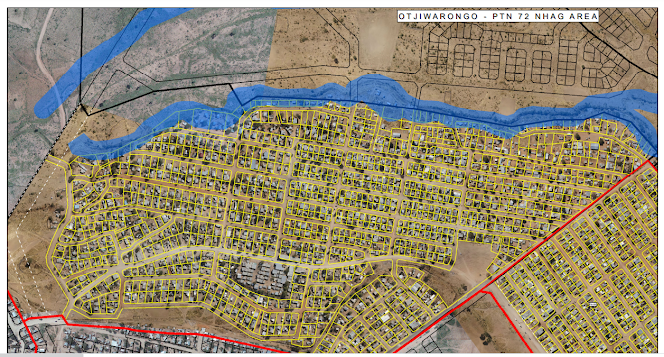 Following the enumerations in Otjiwarongo (, the blog of 11 August 2020) which is one of the 16 Namibian towns currently where informal settlement inhabitants are participating in initiatives to upgrade their settlement, one important contribution from the private sector showed the way how they can support such initiatives. The town planner assisted the community to generate a layout that enables the majority of the community to stay in their shacks.   Eye Risiko (Own Risk) informal settlement of more than 1,600 households was identified for upgrading in the town of Otjiwarongo. The said informal settlement however is located on a planned extension by the municipality. The appointed Town Planner had already prepared a layout of the extension and nearby extensions in the town.  When the layouts were prepared there were very few structures compared to the current situation.  After enumeration was completed and the socio-economic information analyzed, the municipality and NHAG/SDFN appr
Post a Comment
Read more
More posts