Showing posts from August, 2014
Show All

Alternative Land Registration an Answer to security of tenure 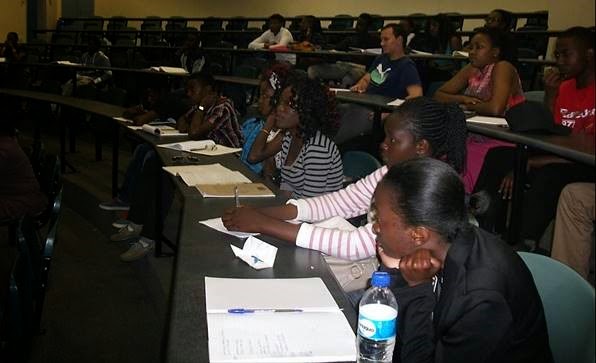 The Shack Dwellers Federation of Namibia(SDFN) National Facilitator Ms Edith Mbanga  gave a presentation to 2 nd and 3 rd year land management students at the polytechnic of Namibia on the SDFN’s link to the Flexible land Tenure Act , Act no 4 of 2012. Educating future professionals on the community’s process and creating a platform for the students to engage the SDFN directly. The lecture was proposed by Professor Wolfgang Werner. Ms Mbanga informed the students : The Flexible Land Tenure Act, Act 4 of 2012 was initiated a long way after the Shack Dwellers of Namibia (SDFN) saving groups started organising themselves in 1987. The SDFN was consulted on the act before it was finalized. The act was only passed in parliament in November 2012; currently regulations are being formulated spearheaded by the Ministry of Land and Resettlement. Background The SDFN has 19 540 in 14 Regions with 602 saving groups. The Groups have a total of N$16 999 112.28 from their daily savings as
Post a Comment
Read more
More posts